Bulgaria is an unfenced yard. Bulgarian society is undone. Deep dividing lines have been drawn between Bulgarians; lines drawn on ethnic and religious grounds, but also between Bulgarians in Bulgaria and Bulgarians abroad. There is division between the “stupid and ugly” and the “smart and beautiful” (I use this comparison as a joke as it was used to describe the informed and uninformed, protesters and counter-protesters etc.). Division exists between city residents and residents of villages, between chalga lovers and those who dislike it.

Despite these dividing lines, we had to elect a new President, i.e. the institution which supposedly erases the lines of division and symbolizes our unity. Well, we made our choice two weeks ago.

The anger of the citizens is a major factor in a functioning democracy. It reinforces the state structure where it starts to crumble. When public support begins to wear out, anger is the motivation for individuals dealing in politics, trying to restore the integrity of the state and even to find ways of improving the situation. But what if anger is insufficient and, instead of flowing like a river, it only trickles like a local water fountain in summer when the collapse of unity seems to be snowballing and irreversible?

I pay special attention to anger as in the latest election campaign, i.e. the one that was dedicated to the unity of the nation, there was plenty of room for anger and it seemed to find an outlet and to make a statement through the election of the President and the outcome of the referendum. But was there enough anger?

Have you ever campaigned? No? The most important concern of the candidates’ staff is to access voters and the access of choice is the media, because it is what they do: provide mass access to the voter’s eyes and ears. For the last 25 years of democratic practice Bulgarian democracy has produced media regulations and forms of campaigning, unknown in developed countries, mainly due to the almost complete lack of trust between political players and citizens and due to the extremely murky media environment.

That is why our system operates in such a highly mediated and defective way – parties receive the trust of citizens in the form of ballots and the ballots are converted into money (by party subsidy) and the money from the subsidy, which at least in theory, should convert into proportional media presence, and in turn must miraculously produce pluralism and informed choices among citizens. Can such a complicated and multi-step mechanism work? It works, but with major defects and only for the big players who get enough attention. For other players, it only works sometimes. Furthermore, during campaigns we actually pull the plug on journalism, which should itself highlight trigger points, valid debating issues and authentic speakers. All the aforementioned rarely coincides with party quotas. Therefore, journalism is almost non-existent during campaigns.

Hence, in this campaign we observed three highly “innovative” election campaigns in which each tried and actually managed to circumvent the rules. And they won. Who wins if three big players break the rules and are not sanctioned for doing so? Those three are the winners and the rest of us are the losers.

The first one is Vesselin Mareshki. He further developed the creative idea of a kebab election. Why give away kebabs only when we could give gasoline and medicines too! How do you understand art. 167, para. 2 of the Criminal Code: “Anyone offering or providing a material benefit to another to the purpose of persuading him/her to exercise his right to vote to the benefit of a particular candidate for office, a political party or coalition, shall be punished by deprivation of liberty of up to five years and a fine from BGN ten thousand to twenty thousand”? It seems that I do not understand it.

The second is Slavi Trifonov. Slavi Trifonov is the presenter of a popular television show, and practically part of the everyday life of all television viewers in Bulgaria. The referendum suggests that citizens understand their interest and are free to make decisions without the mediation of the political class. For this purpose, an awareness campaign must be carried out in order to reach every nook of the motherland so that all active voters clearly know and understand what follows from the answer “Yes” or “No”. One of the viewpoints was profusely explained by Slavi himself on primetime TV, unrestricted and uncontrolled by any media packages, party subsidies or media regulators. Did someone calculate how much airtime on one of the most watched TV channels was used for campaigning in favour of one of the Referendum perspectives only? No? I cannot believe it.

The third is Prime Minister Boyko Borissov. The election campaign is under way; hence the words of the candidates are measured to the second. Paid forms of advertising are calculated to the lev. But the prime minister, untouchable and perfect, storms through television journalism and news, generously dropping promises and statements, in the place of the presidential couple appointed by GERB. Did someone count his minutes? Who would dare …?

What would the results of GERB look like if the prime minister was not fluttering from one TV studio to another like a butterfly? How many percent would the “non-systemic” oligarch Mareshki win if he had not supported his messages with bonuses and would the referendum have gained interest and ultimately political effect, if it was not “expounded” in breach of any election campaign rules?

And in this situation, what are the chances of candidates playing by the rules, sending purely political messages without additional resources of the economic, administrative or media kind?

Here it is – there is not enough anger. And those who must monitor compliance with the rules are looking away. 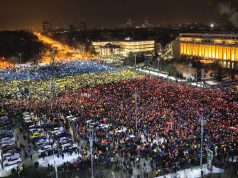